The nutshell of investment is how fast doubled your money

Is ITC a good investment?…

ITC Ltd. India’s one of the widespread diversified conglomerate. On current scenario people’s looks at ITC stock as a most evil thing in market like some fictional villain character in a movie. For people ITC is a Dr. Evil. All peoples are questioning its market condition, So let’s take grab some conclusion on ITC’s position in this blog.

○ Salary without Performance to management.

ITC has not gone up in last 5 years. If you are not going up in price; traders/Investors consider your stock as an terrible performer.

Adding to that Unit Trust of India is a big holder of ITC. This is a government body. There is frightening gossip that government will force UTI to sell its stake. Several objections are on its products like tobacco in concern of Environmental, Social and Governance (ESG). When supply of shares is impending, it can depress the price further.

There is a criticism on bad capital allocation. Senior management persons are getting fatty salaries and other benefits but shareholders are getting nothing. Also cigarettes have high taxation so volume growth of cigarette business for the is company is not to be seen. Other businesses of ITC’s are either in not so good condition or at infant stage to make a promising outlook.

Overall ITC ‘s lagging bad performance in share price has overshadowed everything good. And everything bad is portrayed as “the wealth destroyer” image in market.

These were the points raised to PPFAS Asset management team in their zoom conference with unit investors.

Lets take each point at its merit. First one is;

Past Performance of ITC

Clearly we can see ITC is a terrible performer for the last 5 years. Period.

Is there anything fundamentally wrong with ITC ?

That is the core question on needs to ask at this juncture, if you are investing fresh capital into ITC. Assuming the worst, what probability do you see the following scenario to happen;

In future, Nifty keeps growing and reaches an level of 1,00,000 BUT;
ITC will go down until the stock price reaches zero. I don’t think so. If you think so, I would suggest you to short futures, sell call options and buy puts in ITC as much as you can to gain from this “high probability belief”

If you think ITC going to zero share price is a unlikelihood event. Second question you must ask is,

Is there any Pattern that ITC might be following?

Answer is yes. In the past similar to ITC’s present situation, stocks like Hindustan Unilever, Wipro has enacted the same pattern.

In the time period of 2002 to 2007 when the Indian stock market was at a vigorous bull run. The index (red line) was at its peak 263% up and our HUL stock (blue line) is at negative 17% down. Despite all ESG or government pressure, there still existed a massive gap in price movements.

Let’s look at one more example,

The same time frame for Wipro and underperformance is also at the three-digit extent !!

It was a financially growing period for Wipro but its stock (blue line) was at a negative 67%.

1 lakh in Wipro directly slip out to 33 thousands !!

The era of post-2007 was dominated by real estate and infrastructure kind of leveraged companies. Also, it was the period of the financial crisis.

You can’t decide the fortune of stocks just by looking at their past performance.

What did you learn?

○ Underperformance can be your future wealth

It might be irritating and frustrating to have an underperformer stock in your portfolio. It is not fixed that every underperformed stock will go to zero. We all know that ITC is not like some fraudulent stock that does a scam and runs away. So this clearly vanishes the fear of its underperformance. Stock with a good background that is gone down by significantly may offer you opportunities.

Momentum traders or investors usually prefer to buy the stock at 52 weeks low. Here we are getting an similar opportunity to buy an ITC  at its 3 to 5 years bottom. ITC is in underperformance for a long period of time because of this long period of underperformance mean- reversion comes into the picture. This factor increases its chance of upward price movements.   Therefore there is a likelihood that the future era will be a golden era for ITC.

We request 1% of Asset Under Advisory (AUA) upfront. Say 5 thousand upon 5 Lakh capital. At year end, this is adjusted against the profit share of 10%. Assume you gain 50 thousand profit upon 5 lakh by year end. 10% of 50 thousand is 5 thousand 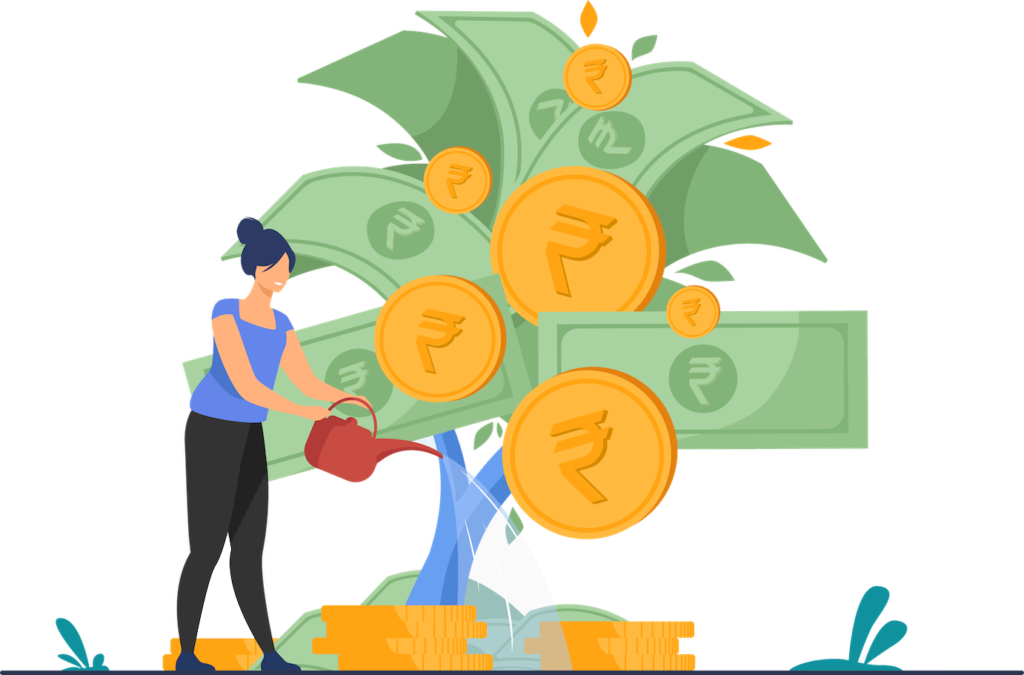